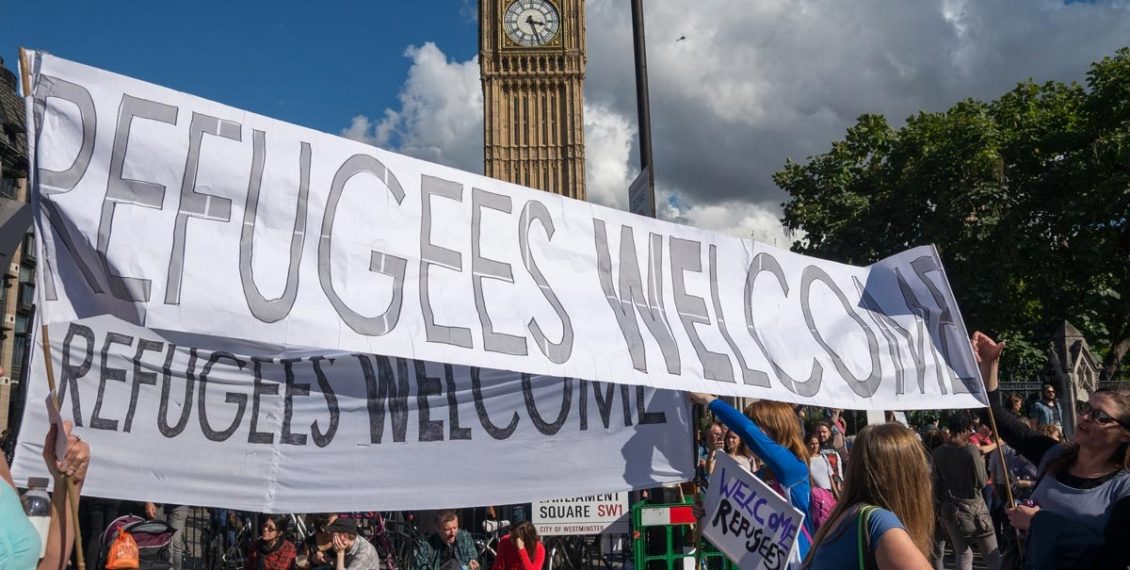 Pt. III- Refugees, Politics, and the Fear of Difference

We live in an age of terrorism right now, and a new argument currently surging is that an additional layer of security should be implemented when accepting refugees from Iraq and Syria in the United States. After the November 2015 terrorist attacks in Paris, ISIS claimed responsibility for it saying that they were retaliating for French airstrikes on ISIS targets in Syria and Iraq. Shortly after, Paul Ryan, the current speaker for the House of Representatives called for a “pause” in the flow of Syrian refugees into the United States to give Congress time to evaluate any national security risks and created a task force to come up with appropriate legislation. (Congress Digest, 2016 – Refugee Resettlement).

On November 19th, the House passed the American Security Against Foreign Enemies (SAFE) Act, H.R. 4038 to require the Federal Bureau of Investigation (FBI) and the director of National Intelligence to certify that asylum-seekers from Iraq and Syria do not pose security risks before they can be admitted into the United States. Almost all Republicans and 47 Democrats voted in favor of the bill. (Congress Digest, 2016). The Senate did not vote on the bill H.R 4038 itself but on a motion to invoke cloture (and thus limit debate) so the bill could come up for a vote. The motion to invoke cloture was rejected in January 20, 2016 by a vote of 55 to 43; a three fifths majority of the entire Senate is required to invoke cloture (Senate Vote Descriptions, July, 2016).

Collins and colleagues (2016) state that, the legislation H.R 4038 is not about who is welcome into the country. It is about keeping out those who pose a threat to our national security, thus adding an additional layer of protection to ensure against another attack on American soil. Opponents like Collins, Conyers, and colleagues (2016) say that the SAFE Act is a terribly flawed and inhumane bill for many reasons. He argues that this bill does not ensure the safety of all Americans and sets unreasonable clearance standards that the Department of Homeland Security (DHS) simply cannot meet and that America would be betraying its deepest values by closing our doors to those who are risking their lives for freedom.

Collins and colleagues (2016) also affirm that no refugee gets into the United States unless they have been completely vetted. The process starts with the UN referring only those people who are vulnerable, who have been tortured, who have been victimized, and who are helpless women and children for screening. There is an extensive screening process that takes up to 24 months on average to be completed, or even longer in some cases, performed by the Department of Homeland Security and the State Department in conjunction with the Central Intelligence Agency, the Federal Bureau of Investigation as well as other law enforcement and intelligence agencies. Also, a rise of anti-immigration sentiment has emerged towards immigrants, for example, the open racism based on anti-Muslim, anti-immigration ideals of the current president-elect Donald Trump represents a large portion of American voters (Moosa-Mitha, 2016).

Finally, The Refugee Act of 1980 displays American values and tradition with providing basic human rights allowing people fleeing unspeakable violence to rebuild their lives in a safe place. By opening the doors to those seeking refuge in another country, America reiterates its tradition and values of freedom that have been present since World War II; however, modern day events like the rise of ISIS in our era with the fear and destruction they are causing in the world has caused American citizens to re-evaluate their values and such ideologies are shaping how social policies are made in the United States. America’s immense resources should be utilized in an effort to provide refuge for those most vulnerable and Congress should work on properly funding Federal agencies so they have the necessary personnel and programs to reinforce the security checks already in place. This could mitigate the concerns of those who believe Syrian Refugees are a possible threat to American citizens enabling them to feel more secure, thereby allowing the resettlement program to continue with its mission. America must stand up straight and tall to show the world that it will not betray its values but will continue to focus on solutions that will allow the country to accommodate refugees, without imposing risks for the remainder of the American population.

Previous Post The Power of the Pantsuit: The Women’s March on Washington Next Post Environmental Justice in RVA: Coal Ash or Community