Is Netflix the Most Family Friendly Company to Work for in the US? Hardly. 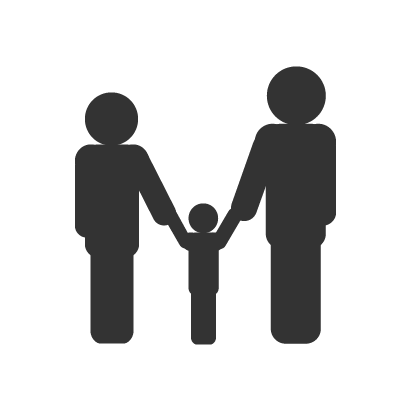 As Netflix broadcast its new parental leave policy last week, new sources around the country lauded what they viewed as a shockingly generous leave policy. The policy? Unlimited, paid leave for parents (both mothers and fathers) during the first year following their child’s birth. The company, which generated over $5.5 billion in revenue in 2014, certainly can afford it. Netflix may well land at the top of the “family friendliest places to work” list this year, but there are more than a few reasons to not believe the hype.

The new policy applies only to the company’s “salaried streaming employees.” In other words, its hourly workers slinging discs at its DVD distribution centers around the country will be exempt from the new policy. And as The Guardian points out, many tech companies have some of the best parental leave policies in the nation, but they also have a frightfully low number of women workers.

While the policy applies to fathers too, study after study shows that even when paternity leave is offered with pay, rates of fathers actually taking a significant amount of time off remain abysmally small. Why? The risks often are simply too great within workplace cultures in which men learn to avoid participating if they know what’s good for their career prospects with the company.

Is one year paid parental leave revolutionary? Absolutely not. Countries like Sweden and Norway have been offering it since the 1970s. In fact, after dealing with the same problem of getting men to take time off, they incentivize it for fathers making some of the leave available only to fathers. Why? Research shows that fathers who are responsible for taking care of very young children are significantly more likely to retain those connections throughout their child’s life.

Why are parental leave policies so important? A country’s work should be about more than simply making money. If we truly value families and communities, workers must be able to have children with the security of knowing that they will not have to forego their income – or their job – in order to so. As the New York Times recently proclaimed, “one of the worst career moves a woman can make is to have children” due to the negative effect it often has on her wage and promotion prospects.

The United States and Papua New Guinea are the only two countries in the world that do not guarantee paid maternity leave for its workers. Granted, many loopholes exist. Far fewer countries offer paid paternity leave, and many countries’ workers labor only in the informal economy, never benefiting from guarantees that exist for those in the formal work sector. More difficulties also arise for same-sex parents who do not easily fit into the heterosexist parental leave model most countries have, and leave time does not always exist for new adoptive or foster parents.

Netflix’s move is exactly why the mandate for paid parental leave must come from the government and apply to workers across the board. While indeed generous, Netflix’s leave is available only for its salaried employees – in other words, its highest paid employees with the most financial security and the most job prospects should they decide to find work elsewhere. It leaves out its lowest paid, most financially insecure employees. Thus it leaves out the employees who need paid leave the most. While it’s a move in the right direction for more U.S. businesses to recognize the importance of parental leave policies, companies will too often leave out the workers who need it the most, low-wage workers deemed disposable who are most likely to be workers of color, without a mandate of guaranteed paid leave for all.

Bryce Covert, “If We Want to Help Working Mothers, We Could Start with Paid Paternity Leave,” Salon.com, May 27, 2015