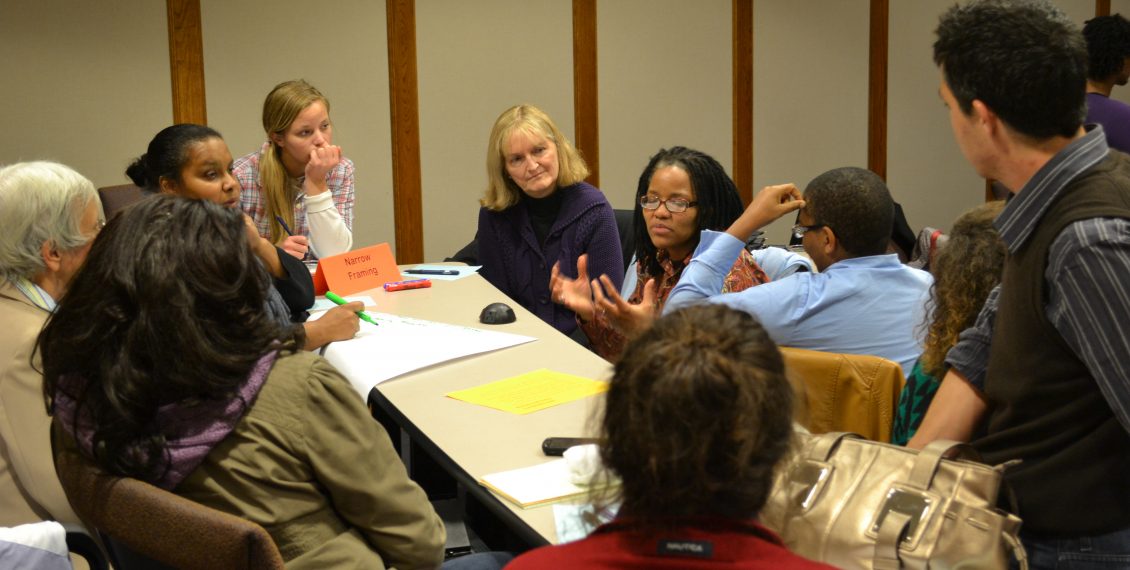 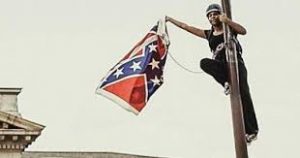 This is the third piece in a series on identity, media, and the history of the confederate flag.  The first focused on the development of my own identity as a white person growing up in the south, and the influence of media shaping my own history and memory. The most recent piece covered the concrete history of the confederate flag from its inception to its reemergence as a tool for contesting the gains made in the civil rights movement.  This latest piece centers on actions needed to move beyond the racism of innocent ignorance and what some scholars have called colorblind racism (Collins, 2000; 2010; Wise, 2010).  It calls for unpacking learned biases, matching intention with impact, and committing to lifelong learning connected to our relationship to institutional power, privilege, and social control.

While we are not to blame for our miseducation, we are responsible for changing our behavior once we become conscious of its impact.  We change as we learn new information, and we all wear the scars of our miseducation, regardless of our identity.  This is particularly relevant for white people.  As a result, we can only assume that our consciousness is temporary.  Developing a critical consciousness is a constant process of examining our history beyond the surface of our institutionalized educational upbringing.  Additionally, in order to dismantle oppressive practices of well-meaning whiteness, we must understand the difference between our intentions and their impact.  We do not have to hold negative intentions or animus to behave in ways that reinforce racism. Our complicated relationship with the confederate flag is a glaring example of this pervasive disconnect between intent and impact.  Armed with clear accountability to communities of color, white people play an essential role in rectifying this disconnect, particularly within our own communities. A new transformative knowledge building is needed, one that is not dependent upon comfort, security, or status.

Racism at its roots is a white problem perpetuated through false narratives, ignorance, misinformation, invisibility, and distortion.  We need to consistently seek new truths that challenge our assumptions.  Too often, well-meaning white people rest on our privilege while remaining unwilling to address these issues in our own relationships, families, communities, and institutions.  The time is long overdue for us to lean into our discomfort and begin difficult conversations with loved ones.

This transformative knowledge building requires us to look beyond our own limited experiences, biases, backgrounds, and misinformation.  Critical analysis of history, dialogue, and constant questioning that acknowledges our miseducation and its effects can provide a foundation for us to forge dialogue with those with whom we disagree.  This transformative knowledge building does not require people of color to explain or teach us about what it means to walk in their shoes.  Although we work alongside people of color and support organizations and movements led by people of color, we fall into a trap when we depend on them to teach us about their experience.  This is an exhausting and unrealistic expectation that impedes our ability to seek out information that intentionally questions our own assumptions.  As Audre Lorde so eloquently stated:

We break this pattern by taking responsibility for our consciousness raising and supporting movements led by people of color while working to unpack our own biases in order to challenge white supremacy from within.  There are extensive resources available to guide us in this work.  Organizations, such as the Catalyst Project, Showing Up for Racial Justice (SURJ), and others exist in many localities across the country to provide white people with tools to dismantle racism and support organizations and movements led by people of color in their local communities. Adopting this approach centers the responsibility in our own hands for building bridges of trust.  It also calls us to talk with those in our communities with whom we disagree, and to cease remaining neutral in the face of injustices.  We become part of the solution.

In his “Letter from Birmingham Jail,” Martin Luther King, Jr. captures the hidden insidious effects of innocent ignorance and well-meaning whiteness.  This passage could not be more appropriate when examining white responses to #BlackLivesMatter, mass incarceration, and the policing of bodies of color.  King writes:

“..Over the last few years I have been gravely disappointed with the white moderate. I have almost reached the regrettable conclusion that the Negro’s great stumbling block in the stride toward freedom is not the White Citizen’s Council-er or the Ku Klux Klanner, but the white moderate who is more devoted to “order” than to justice; who prefers a negative peace which is the absence of tension to a positive peace which is the presence of justice; who constantly says “I agree with you in the goal you seek, but I can’t agree with your methods of direct action;” who paternalistically feels he can set the timetable for another man’s freedom; who lives by the myth of time and who constantly advises the Negro to wait until a more convenient season . . .shallow understanding from people of goodwill is more frustrating than absolute misunderstanding from people of ill will. Lukewarm acceptance is much more bewildering than outright rejection.”

All of us play a role in dismantling racism and other oppressive systems, we must acknowledge that the roles we play are different.   Consistently opening ourselves to new learning, questioning long held assumptions, and seeking new knowledge related to various people’s experience in the world allows us to match the social impact of our work and social interactions with our intentions.  By doing this, we can recognize that symbols like the American and confederate flags contain multiple meanings depending on how meaning is shaped, and by what means. 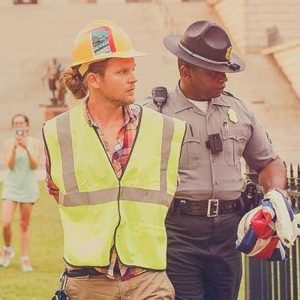 Bree Newsome, in a courageous act of resistance and bravery, climbed a flagpole in Columbia, South Carolina in June 2015.  Rightfully, she received accolades from media outlets, social activists, and movement builders across the country.  Standing at the bottom of the flagpole was a white activist ally who helped plan the action.  His name escapes me.  It’s actually not important, but he was in exactly the right place at the right time.  We could learn from his example.

Previous Post Just the “Good Ole’ Boys”: Moving Beyond the Dukes of Hazard’s Racism of Innocent Ignorance Next Post Immigration Policy and The Syrian Refugee Crisis: Values, Ideology, and the Clash of Misinformation