Like Oil and Water: The Impact of Hydraulic Fracturing on Water Sanitation and Accessibility in Oklahoma 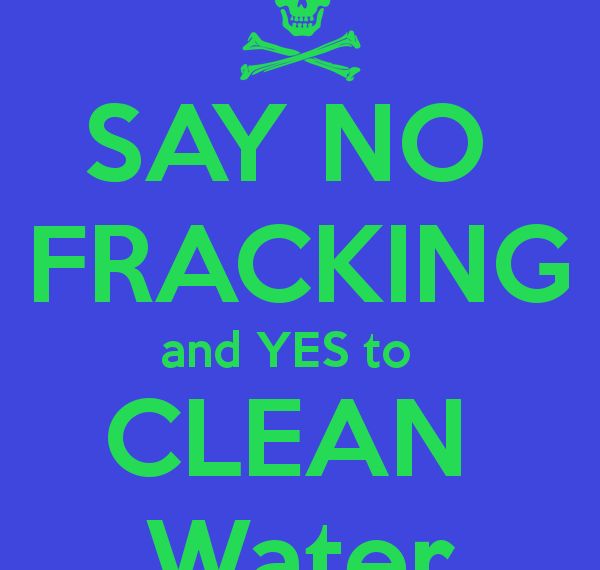 History and Origins of Fracking

Hydraulic Fracturing, or fracking as it is commonly referred to, consists of a variety of similar processes utilized to locate and recover oil and natural gas from beneath the earth’s surface (EPA, 2016). The process of hydraulic fracturing utilizes the expulsion of liquids at very high-pressure levels to create fractures in the rock formations beneath the ground. The high-pressure liquids are typically comprised of wastewater, proponent, and additive chemicals. In order to expel the high-pressure liquid deep underground, vertical wells are first dug thousands of feet below ground. Once the high pressure liquids create fractures within the earth for oil or natural gas to escape, liquids flow back to the surface and are collected in large containers. The flow back consists of the original chemicals and wastewater, along with naturally occurring minerals as well as contaminants. While in recent times, the debate over the impact of hydraulic fracturing on the environment has become more documented and public, debates over the ethics of manufacturing fossil fuels is a long standing debate.

The search for oil and natural gas is not a new concept in America (Manfreda, 2014). The original method for oil drilling dates back to the civil war, and involved a rudimentary method of firing artillery into a canal. This method increased oil production by 1200 percent (2014). The next step in hydraulic fracturing was in the 1930’s. Instead of using a wired torpedo, drillers used non-explosive liquid acid. Additionally, in 1947 a more refined method of fracking was created, which utilized a form of gelled gasoline that was directly injected into limestone, in much the same way as wastewater and chemicals are used today. Finally, in 1949, in an oil well near Duncan, Oklahoma, the Halliburton oil company created an injection method for locating and capturing oil by injecting a highly pressurized mix of water and sand into formed rock miles into the ground. While the hydraulic fracturing process continued to be refined into the 1990s through technological innovations, the basic premise of injection and extraction of oil and natural gas is decades old.

The oil and gas industry is an important contributor to the economy of Oklahoma. 20 percent of all jobs in the state are related to the oil and gas sector (OERB, 2014). Additionally, the oil and gas industry brings in more than $513 million dollars to the state of Oklahoma, and more than $325 million to public education for a state that ranks 49th in the nation for education (Juozapavicius, 2016). Despite the economic benefits provided by the oil and gas industry, the practice of hydraulic fracturing has caused negative impacts throughout the state, the extent of which, are still being researched and debated (EPA, 2016). For instance, in 2016, 567 earthquakes greater than a 3.0 magnitude were recorded in Oklahoma, the most of any state in the country (USGS, 2016). While it is difficult to determine the impact of hydraulic fracturing on the increased seismic activity in the state, many residents believe that fracking is to blame for the high number of earthquakes (Ballotpedia, 2016). Most recently, Oklahoma was found to have some of the most contaminated and poorest water quality in the U.S. (United Health Foundation, 2016). While it may be difficult to prove at this point the degree to which hydraulic fracturing has contributed to the decline of water quality in the state, it is difficult to ignore the increasing amount of circumstantial evidence that points to a relationship between hydraulic fracturing, increased seismic activity, and compromised water quality.

As discussed above, hydraulic fracturing produces wastewater containing chemicals used to extract gas and oil. Is it unreasonable to consider that this method produces flow back that can contaminate drinking water? The EPA (2015), defines “flow back and produced water” as the return of injected fluid and water produced from the collective formation of produced water to the surface, and subsequent transport for reuse, treatment and disposal (EPA, 2016, pp. 1-3). This same report, which was created using relevant scientific data and literature from various academic, engineering, federal and state reports, found that the below ground mechanisms of hydraulic fracturing does have the potential to impact drinking water resources. The EPA findings illustrate no evidence to suggest that there is a widespread systemic impact on drinking water as a result of hydraulic fracturing. While the EPA report does not indicate widespread impact of fracking on drinking water, the report also states that there is insignificant pre and post-fracturing data regarding the quality of drinking water (EPA, 2016, pp. 3-38). If the data for this report is coming from various responsible resources, yet no decisive conclusion can be reached, what, then, is really happening when hydraulic fracturing occurs, and wastewater is disposed of? How does the general public know what is fact or fiction? It is important for social workers and researchers to examine all evidence critically and through a lens of social, economic, and environmental justice. For instance, it is important to acknowledge that the vast majority of research into the impact of hydraulic fracturing has been sponsored or conducted by oil and natural gas companies whom have vested interests in the outcomes of the research. Contrarily, environmentalists may not be considering the multidimensionality of ethics and justice involved in analyzing the impact of fracking. For example, if more environmentally friendly policies are created that limit or abolish fracking in the U.S., what impact will those policies have on communities, industries, and states that depend on the oil and natural gas industry for a healthy economy? If fracking is regulated more strictly or eliminated all together in favor of alternative energy sources, will these new sources be affordable for working class and impoverished citizens? It is these complex questions that must be considered with regard to the impact and effects of fracking on the environment, which is why social work must be more active in environmental justice research and advocacy efforts.

In response to issues concerning hydraulic fracturing, the Oklahoma Corporation Commission (OCC) has established regulatory and research guidelines concerning hydraulic fracturing of oil and gas wells and well completion operations (Wertz, 2016). Additionally, the University of Oklahoma has created interdisciplinary working groups, which includes social work faculty, to explore environmental justice issues within the oil and natural gas industries. Also, several grassroots organizing efforts have sprung up to provide oversight as well as advocacy against hydraulic fracturing practices. Finally, after the largest earthquake in recent Oklahoma history was attributed to hydraulic fracturing, several local communities are suing the companies responsible for the earthquake for damages to homes, businesses, and local infrastructure (Hughes, 2016). For a comprehensive list of actions taken by the OCC, please read the executive summary.

It is difficult to discern the truth of the effects of hydraulic fracturing. Of course, the interests of drilling companies, governmental entities and private organization provide this information. And, as with any hot button issue, the media also contributes to distribution of the knowledge of and rumors concerning the issues related to hydraulic fracturing. Within the profession of social work, it is clear in the NASW Code of Ethics that social workers should value social justice, which includes challenging injustices that impact marginalized groups and communities (NASW, 2008). Additionally, the new accreditation standards (EPAS) provided by the Council on Social Work Education (CSWE), makes the case that schools of social work should be preparing students to engage in practices that promote economic, social, and environmental forms of justice (CSWE, 2015). In connection to the issue of hydraulic fracturing, social work practitioners, researchers, and educators should consider the following questions:

Suggested Readings for the Classroom