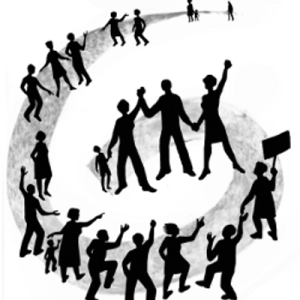 Late last summer my friend and colleague, Dr. Jason Sawyer, accepted a position in social work at Norfolk State University, a historically black university in Virginia. Around the same time, I made the decision to accept a tenure track position at the University of Oklahoma; both of us community organizers who value critical pedagogy and transformative learning, but each taking a very different position to begin our careers. As I drove to Oklahoma from my home back in the metropolitan Detroit area, I drove right through Ferguson, MS within days of the shooting death of Michael Brown by Ferguson police. It wasn’t long ago that my students at Michigan and Eastern Michigan were discussing the death of another unarmed black teen, Trayvon Martin, by an armed security officer in Florida. Now, not long after the Martin incident, here I am driving through community unrest, difference, and injustice on my way to teach at a historically white and privileged university in Oklahoma of all places, while Jason was preparing to begin his journey as a white professor at NSU.

It wasn’t long after the fall semester had begun that Jason and I connected to swap war stories and experiences about our first semesters on the tenure line. During our conversation, we discussed the events happening in Ferguson and in New York (death of Eric Garner), and how those events and the issues of racism, power, and difference were being discussed on our campuses or not discussed as well as how it all impacted students. During our discussion one of us mentioned the idea of bringing together our two different groups of students for some sort of experiential learning experience. Our only challenges being that while I have done some intergroup dialogue work in my past organizing and teaching as had Jason, neither of us would be considered experts on facilitating this type of dialogue or experience. Secondly, I had just begun to find the beauty in Twitter and was still rather novice with it, and Jason had never used the platform before. Lastly, here we are two white guys in very different contexts planning to have an experiential learning experience between very different groups of students. This brainstorm would either end extremely well or blow up big time in our faces.

What I love most about Jason Sawyer is that he is never scared to try something new or to just wing it. My problem is that I obsess over details to the point of talking myself out of great projects and experiences, but Jason helps me to feel at ease with just winging it. Over time we talked regularly and changed protocols and components of the project literally until a few moments before the final joint reflection session. We used the Dudley street films as a way to set the tone, but really we just exhausted every netflix film possible without coming to a consensus about a good film to have students watch to frame the dialogue. At first we wanted to focus on some other types of difference than just race. We were fearful that the obvious difference between our two student groups was race, which would most likely lead to OU students feeling so uncomfortable that they wouldn’t talk at all and NSU students being thrust into a place of having to be educators, when what we were going for was mutual learning. Eventually as we processed this assignment and developed it, we came to the conclusion that avoiding the issue of white privilege and race was the worst thing we could do in the wake of Ferguson and the SAE video from OU. We were uncomfortable about this topic, and therefore we were experiencing a bit of transference to our students. I actually think they were far more comfortable than us for most of the project.

When it came to learning and using Twitter, students were quite skeptical on my end. My feeling was they either did not see any educational benefit to the platform and/or felt like it was too exposing to use something like Twitter, perhaps a space that was private to them. While I am certain some students may still see Twitter as a waste of time, many more now see the social media platform in a different light. Students now see how useful the social media platform can be for dialogue. Even during the joint reflection session between schools, using video conferencing technology many students felt more comfortable tweeting questions and perspectives than voicing them outside social media. I think students appreciated having control of the wheel for the dialogue, especially in the joint session, where they developed questions and truly took the lead for most of the session. 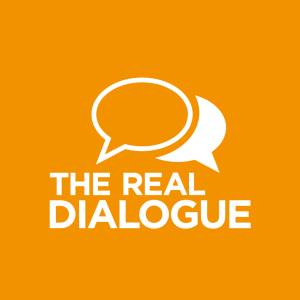 One of my biggest concerns throughout the planning of this project, was could a brief experience truly even touch the realm of dialogue or impact critical consciousness? I think education and academia throws around the term dialogue way too loosely and generally what are really held are discussions. Dialogues are different and so much deeper than discussions. Dialogues are uncomfortable, come with conflict, and lead to greater understanding for everyone involved. How could we do this in a brief Twitter conversation and a one-time joint discussion session between schools? If I hadn’t been there to see it, I never would have believed that transformative learning and dialogue could take place from this type of activity; however, I was there, and I did see it take place with my own eyes. There was a point in time when a question related to something along the lines of, what does it mean to have privilege and how does it relate to difference was posed? Students had some division around whether privilege was only unearned or could it be earned. Remember, we are not pulling out the academic literature here, but having a real talk moment as people. During the course of this dialogue, you could see visible discomfort in the body language of students and conflict between groups, yet there were bridge people among each group of students, who helped to translate, summarize, and put differences in perspective that challenged each group to think more critically about privilege. For a time, OU students probably downplayed the difference between earned and unearned privilege, and were also emphasizing the importance of money in thinking about privilege. NSU students were not entirely considering that white privilege or racial privilege are not the only forms of privilege. At the end of this 10 -15 minute discussion though, you saw students visibly have these Ah Ha moments indicative of true learning and understanding. It was nothing that Jason or I did in this instance, but what the students did to bridge the difference that made this learning possible.

As we wrapped up the session, some eyes were glassed over, but there was energy and enthusiasm across both groups of students. Although we have not begun data analysis on this project, the initial feedback is highly positive, and students have indicated that they learned so much from this project and want more in the future. It is amazing what we can impact as educators, if we move away from 30 page research papers and tests as the primary vehicles for assessing and evaluating student learning. As I walked away from the final event today, I had a smile that I couldn’t shake all day long. There were so many things that did not go as planned, technology issues, last minute changes, etc., yet at the end of the day, we just moved forward, and something special happened for all of us involved. If we can come together via social media and technology for a brief time, and come away with greater understanding about complex and sensitive topics such as racism, difference, privilege, and diversity, than what could we accomplish if we had more exposure and experiences similar to these, both in our classrooms and in our communities? What if we could proactively have these kinds of conversations all over the place, before an innocent person is killed because of their race, sex, gender, sexual orientation, etc? What if we had these types of dialogues throughout our lives, would we not have a more accepting, proactive, and humane society? Social media is often trashed for being a waste of time, yet it possesses potential to have these types of deep level conversations not only on our communities, but out across society and borders.

With all of this said, at the end of the day, it takes people of all races, genders, sexes, ability levels, classes, education levels, religions, cultures, sexual orientations, and ages willing to make themselves vulnerable and open to learning. It takes cultural humility and students, educators, and social workers willing to make mistakes and to be taught, not just teach. It takes a core belief and value that despite what we have witnessed this past year and over our history, that we can do better as peoples, no, we must do better as peoples. For my part, I am humbled and privileged to have been part of this project, to have learned from everyone involved, and to truly have hope restored that we can have a better society in which difference doesn’t divide us to the brink of extinction, but brings us closer together to learn, innovate, and change the world. In peace and love – shane